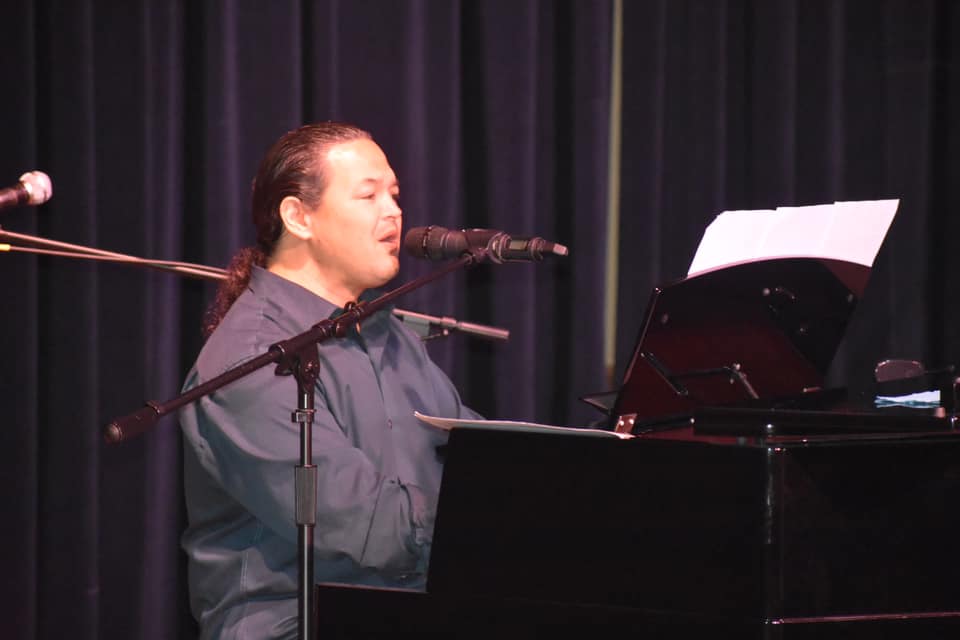 This is a list of various projects/commissions (this is not the whole representation of his work, but those which were significant and/or were recorded):

This was a composition assignment for his high school Advanced Theory class.  All instruments are performed by Nathan and engineered/mixed by Jeremy Czarniak.

Composed in 1991 and performed by Diane Amari, flute and Nathan on piano on a concert of the Wilkes University contemporary music ensemble, Twinge.

This was written by Billy Strayhorn for the Duke Ellington Orchestra.  This arrangement was the final project for the Advanced Arranging class at the University of Miami, and performed by the UM Concert Jazz Band.

Originally an assignment for his Jazz Composition class at the University of Miami, it was orchestrated and performed for his Masters recital in 1994.  Fashioned in the spirit of the Chick Corea Elektric Band and dedicated to his father, Rosendo Santos, it features Eric Pryzby, sax, Jonathan Kreisberg, guitar, Dave Siegel, keyboards, Nathan on bass, and Greg Joseph, drums.

It was later arranged for big band:

It was later made into a big band arrangement.  Here it is performed by the Indiana University of PA “Tails” Jazz Band.

Here it was performed as a small group trio with Billy Test, piano, Mark Weakland, drums, and Nathan on bass.

Originally an assignment for his Jazz Composition class at the University of Miami, it was used by Nosmo King Jazz Quartet on the recording, Intensity in 2001.  This group featured Stanley Chepaitis, violin, Doug Wilkin, guitar, Mark Weakland, drums, and Nathan on bass.

It was later made into a big band arrangement.  It was used on the premier recording by Jazz In Your Face Big Band, Finally! (2006) Featured soloists are Stanley Chepaitis, violin and Nathan on bass.

It was also performed by Nosmo King on their recording Intensity in 2001.  This group featured Stanley Chepaitis, violin, Doug Wilkin, guitar, Mark Weakland, drums, and Nathan on bass.

In 2003, White Noise was invited to perform with the Johnstown Symphony Orchestra in the December Holiday Concert. To celebrate the JSO’s 75th anniversary, Mark Weakland and Nathan Santos collaborated on an original piece of music, “Child of Wonder,” focusing on the Winter Solstice as the subject, and incorporating many multi-cultural rhythms and textures. It was orchestrated for solo vocal quintet, full choir (the JSO Chorus), full orchestra including steel-stringed acoustic guitar, and featured a reading of an original poem by Michael Kane called, “Winter Solstice.”

As the director of the Indiana University of PA Studio Bass Ensemble from 2002-2012, Nathan arranged several tunes for the ensembles to perform.  On November 18th, 2008, the group presented a formal recital in Cogswell Music Building. The concert featured current and former members of the ensemble as well as a guest appearance by IUP violin professor, Dr. Stanley Chepaitis on electric 5-string violin. Featured performers in these videos are Mike Majurski, Kevin Huhn, Tony Grande, Chepaitis and Nathan.

Nathan recorded these at the studio of engineer Doug Wilkin.  Featured is Nathan on all basses and Mark Weakland, percussion.

Nathan has arranged many sacred and secular songs for the many ensembles he has directed and performed with.  The following are available to sample:

“America, the Beautiful” written by Bates/Ward, performed by White Noise

“Love That Is Running Through My Life” written by Mark Weakland, performed by White Noise

“Walkin’ My Baby Back Home” written by Ahlert/Turk, performed by White Noise

“Light in the Dark” written by Jason Santos/Kyle Segarra, performed by the Tiffin University Concert Choir

Having performed with many musicians and groups, Nathan has composed music for various occasions.  The following is a sampling of his jazz music:

Since 2012, Nathan has directed the student group DFX.  Nearly all the music that they have performed has been arranged by him.  The following is a sampling of their performances: